DEA and other federal officials announced that HSBC Holdings plc (HSBC Group) – a United Kingdom corporation headquartered in London – and HSBC Bank USA N.A. (HSBC Bank USA) (together, HSBC) – a federally chartered banking corporation headquartered in McLean, Va. – have agreed to forfeit $1.256 billion and enter into a deferred prosecution agreement with the Justice Department for HSBC’s violations of the Bank Secrecy Act (BSA), the International Emergency Economic Powers Act (IEEPA) and the Trading with the Enemy Act (TWEA).  According to court documents, HSBC Bank USA violated the BSA by failing to maintain an effective anti-money laundering program and to conduct appropriate due diligence on its foreign correspondent account holders.  The HSBC Group violated IEEPA and TWEA by illegally conducting transactions on behalf of customers in Cuba, Iran, Libya, Sudan and Burma – all countries that were subject to sanctions enforced by the Office of Foreign Assets Control (OFAC) at the time of the transactions.

A four-count felony criminal information was filed in federal court in the Eastern District of New York charging HSBC with willfully failing to maintain an effective anti-money laundering (AML) program, willfully failing to conduct due diligence on its foreign correspondent affiliates, violating IEEPA and violating TWEA.  HSBC has waived federal indictment, agreed to the filing of the information, and has accepted responsibility for its criminal conduct and that of its employees.

“HSBC is being held accountable for stunning failures of oversight – and worse – that led the bank to permit narcotics traffickers and others to launder hundreds of millions of dollars through HSBC subsidiaries, and to facilitate hundreds of millions more in transactions with sanctioned countries,” said Assistant Attorney General Breuer.  “The record of dysfunction that prevailed at HSBC for many years was astonishing.  Today, HSBC is paying a heavy price for its conduct, and, under the terms of today’s agreement, if the bank fails to comply with the agreement in any way, we reserve the right to fully prosecute it.”

“Cartels and criminal organization are fueled by money and profits,” said ICE Director Morton.  “Without their illicit proceeds used to fund criminal activities, the lifeblood of their operations is disrupted.  Thanks to the work of Homeland Security Investigations and our El Dorado Task Force, this financial institution is being held accountable for turning a blind eye to money laundering that was occurring right before their very eyes.  HSI will continue to aggressively target financial institutions whose inactions are contributing in no small way to the devastation wrought by the international drug trade.  There will be also a high price to pay for enabling dangerous criminal enterprises.”

In addition to forfeiting $1.256 billion as part of its deferred prosecution agreement (DPA) with the Department of Justice, HSBC has also agreed to pay $665 million in civil penalties – $500 million to the Office of the Comptroller of the Currency (OCC) and $165 million to the Federal Reserve – for its AML program violations.  The OCC penalty also satisfies a $500 million civil penalty of the Financial Crimes Enforcement Network (FinCEN).  The bank’s $375 million settlement agreement with OFAC is satisfied by the forfeiture to the Department of Justice.  The United Kingdom’s Financial Services Authority (FSA) is pursuing a separate action.

As required by the DPA, HSBC also has committed to undertake enhanced AML and other compliance obligations and structural changes within its entire global operations to prevent a repeat of the conduct that led to this prosecution.  HSBC has replaced almost all of its senior management, “clawed back” deferred compensation bonuses given to its most senior AML and compliance officers, and has agreed to partially defer bonus compensation for its most senior executives – its group general managers and group managing directors – during the period of the five-year DPA.  In addition to these measures, HSBC has made significant changes in its management structure and AML compliance functions that increase the accountability of its most senior executives for AML compliance failures. 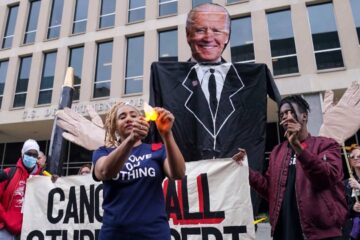